Let’s look at some of the nations that do not like each other:

The similarity in the populations across these countries comes from shared ancestry, and centuries of living together as neighbours, but that does not become a hindrance for the conflict. What makes this scarier is that the two peoples completely know what to expect from each other and the parley keeps the “right to conflict” intact.

At a macro level the expectations get convoluted by a “mass beliefs” fanned and encouraged by parties with their own vested interests.

But, what goes understated in the conflict of countries is that “countries” are only humanly drawn borders from not long ago. Though human life existed on this planet far less than the age of living on this planet, humans are not mature enough to get that pesky fact to make them change their extremely short-term thinking. A sizable majority is happy to go along with the inherited will to fight in order to “survive” or “dominate”.

Since societies and groups add more strength and the ability to escalate violent destruction, “fighting” makes absolute sense to the majority. So, countries become the glorified groups (or mobs) with shared history & culture, who are would love to see “others” with suspicion. And, what can make better candidates for this suspicion other than the neighbours who did not join you, who don’t seem to share similar values, and who seem to spend all their time conspiring against you?

The older the civilization, better it is for the suspicions to gain ground and become the common belief system for that country.

But again, why do humans as a species continue with the seemingly needless will to fight? What makes an individual human tick in that belief?

I believe the conflicts point back to our own insecurities, in addition to the hard-wiring of the brain that comes from a need to survive. The insecurities transform into suspicion of everyone who is “different from me”.

With the complete attention of the brain and mind focused on the short-term objectives and interests, there is no more energy to look into yourself and deeply analyse what makes sense over 50, 500 or 5000 years. There is no collective rational-check on whether conflict has an advantage as compared to other matters at hand (say improving the human condition within the community/country/world).

To even think of foregoing resources, or to make adjustments to ideological beliefs in a changing world and resolve those conflicts will become hearsay. 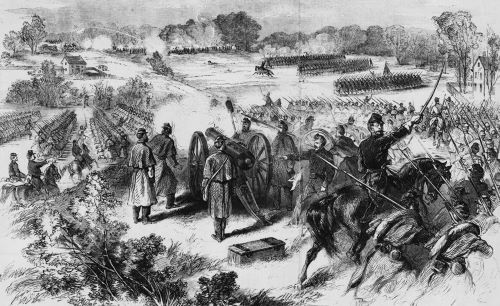 The next seemingly ignored fact in this equation is the way our survival instinct functions. There are going to be certain sections or individuals who have a strong need to stand out of the crowd, dominate and lead. These individuals while become accepted as and see themselves as “leaders”, they are subject to the same insecurities that plague their “followers”. Many of the leaders find that it is easier to subject human emotions to play with hate, and have a working forumla to raise to prominence. “Being more aggressive” and “being strong” is considered a welcome trait for a leader, and what shows aggression better than rattling up fights.

I am not saying the individuals have a malafide intent therein, but the lack of focus on what matters and the strong need to dominate, nudges them towards actually believing in the need for conflict. It takes an exceptional human being to see the bigger picture and direct a change.

Fortunately, there are examples in history which point to nations and people who overcame these to focus on better things. France and Germany come to mind. Though they fought wars in the last two centuries, they now successfully partner with each other for a stronger Europe.

The positive change towards recognizing the commonality that can improve lives makes far better sense. There are problems outside of a perceived conflict that need all the energy that people can work towards, increase collective knowledge, and improve living conditions for all.

India with its strong belief systems about the notion of self and its relation with the physical world can make better inroads in the idea and execution of “good for all”.