I picked up The Immportals of Meluha by Amish Tripathi on the basis of recommendation of a good friend, and the recommendation may be the only reason I read the book through the end. I would probably not easily gravitate towards the kind of fiction that Immortals of Meluha stands for, and this book ain’t going to change that. Though I am no stranger to our puranas and their myriad representations, this book mixes up ancient characters with some fantasy real-life.

tldr; Not bad, not not awesome.

Read on only if you like spoilers, or you have already read this book. 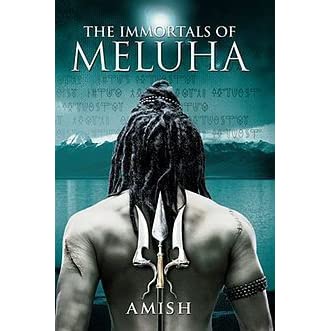 Shiva, revered God of the Hindus, is projected as a man-in-flesh, a good warrior and a hero. He and his tribe travel to the kingdom of Suryavanshis, a seemingly prosperous kingdom established by Rama and now ruled by Daksha. While Shiva’s love story with Sati progresses well, the war that he will lead against Chandravanshis does not end all well. Though Chandravanshis were perceived to be evil collaborators set to wage terrorist attacks, Shiva finds out that even they were also waiting for their savior ‘neelkant’. It is not quite a good feeling when you find out that the enemy you despised is just another well-intentioned human.

The style and language are simple. An Indian is right at home with the story, identify and feel nostalgic about her childhood stories and almost come to tears on what would have been possible if the characters were really Gods. The story is entertaining for sure, and good, clean fun. These factors are sure to make the book a huge success, which it already is.

At the same time I cannot but flinch with the story progression and the names and characters. Daksha, Shiva, Nagas, Rama are great names who bring their mighty character depictions to mind each time we see them in any text. The book uses the character depiction in a conservative fashion, aligned to general perception, and should not offend anyone - but, does not generate awe. The overall story does nothing to impress, and lacks depth. I, for one, do not appreciate a book leaving the reader fuming mid-way so that enough sales are ensured for the next book in the series. The theme and story-line seems too stitched-in and ready to exploit our need to stereotype.

If you have not seen an alternate depictions of our Gods, this book might be just right for you. It does not stress you in any way, and you will not come back disappointed.